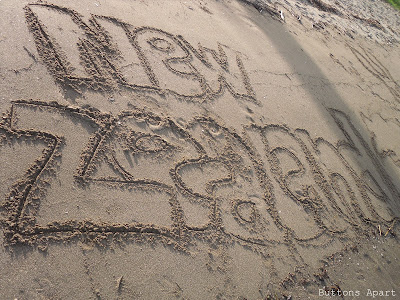 Hi guys it's Sita. This is the first extract from my travels. The main reason I went to New Zealand was for a 6 week work placement. One of my friends had a placement in the same place so it was great to have someone to travel with. I shall be calling her R. Beforehand I went for a 2 week holiday in Singapore with my mum. (which I shall tell you about later)


My flight to New Zealand was from via Melbourne. There was to be a one hour stop in Melbourne, but there was some problem taking off from Singapore so the plane was delayed and this meant we arrived in Melbourne late. Thankfully there were a few of us taking the same flight so they held the plane for us. We hurried off the first plane and through internal transfers onto the awaiting plane. The plane from Melbourne to Auckland was much smaller and there was a lot of noise and turbulence. However the flight was only a few hours so I did not have to endure it for long.

By the time I got to Auckland I was exhausted. I went to the luggage collection point and waited for ages but I didn't see my luggage come through. I went to ask at the help desk and they informed me that although the plane had waited for us there hadn't been enough time to transfer our luggage! I thought brilliant, this is just what I need. The lady gave me a small bag, with some basic essentials, a t-shirt, shorts, toothbrush, toothpaste, deodorant and shower gel. I was grateful for this as although I had kept an extra set of clothes in my hand luggage but everything else was in my suitcase!

I then had to go through security. They asked a lot of questions, mainly about food and equipment with soil on it. There is a big list of things you aren't allowed to take. I would suggest reading this if you do travel there.

I finally got through to the other side, R was waiting for me. We arranged for our transfer from the airport to the city. We went with the airbus shuttle. I would recommend a shuttle service as it was a 45 minute journey from the airport to downtown auckland so a Taxi can be quite expensive.

We had booked our hotel for a few nights already, and so we didn't have to worry about finding somewhere to sleep. We stayed at a hotel on Queens Street, which was the main road. Once we checked in we decided to go around exploring. I have to say I wasn't very impressed with the city. Even though I was half way round the world I felt as thought I may as well have been in a random city in England.

R and I were both exhausted from our plane flights so we decided to order a pizza from dominoes and have an early night. The shorts and t-shirt I had received worked well as pyjamas that night. I went to bed worrying if my luggage would arrive and hoping my trip would get better!

My first lesson learnt was always fly with a extra pair of clothes in your hand luggage.

Did my luggage arrive intact? Did my second day in NZ get any better, find out next week! 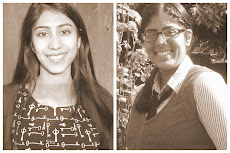